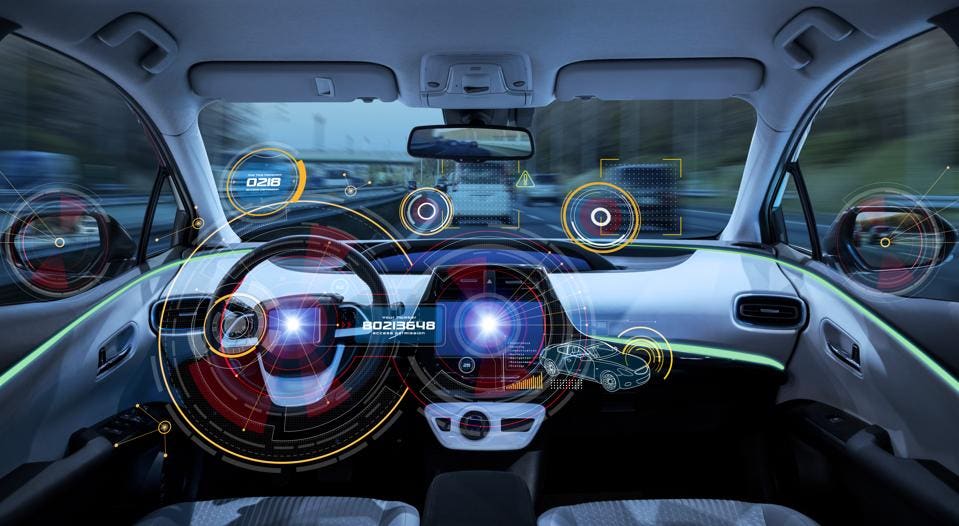 In recent years, we’ve seen a shift in innovation centered around automating processes: food delivery services, streaming services, and household cleaning robots are just a few examples of innovation centering around taking the human capital out of tasks that would normally require them. The next step in this is self-driving cars: vehicles that require no human input to drive and navigate.

To explain, a “self-driving” car is a car where the person inside does not have to drive it. They can sit in the vehicle and relax as it takes them to their destination. The vehicle uses high-power sensors to maintain a map of its surroundings. Then, the car’s software processes the data it receives and controls the vehicle’s acceleration, braking and steering. The car has object discrimination, so that it can recognize other vehicles on the road and be sure to follow all traffic laws. In ideal terms, the car seems like a win-win for anyone able to purchase it. They get a shiny new car, and it can drive itself around. Furthermore, the cars are planned to be electric: meaning their carbon footprint would be reduced and, when low on battery, they can drive themselves to a charging station so you’re rarely running low.

The pros of self-driving cars are numerous. Firstly, they prove to be more efficient than human beings: a machine doesn’t make the same errors that a person makes. If the cars were to share information with one another, I believe it would lead to less congestion and a more dynamic driving interaction. I believe it would also make the road safer, as the machines can correct and make decisions faster than the human brain could possibly compute what is going on and process the information before it. Lastly in personal safety, self-driving cars would remove the risk of drunk driving and other substance-related accidents. Those who aren’t of sound enough mind to get behind a wheel will be able to get into their car and be driven home by the vehicle itself. Beyond personal safety, self-driving electric cars would reduce emissions and provide a cleaner way for both individuals and business to conduct themselves. If cost-effective, it isn’t unthinkable that ride-sharing apps (like Lyft and Uber) could pick up the technology as a means of reducing their carbon footprint and taking active steps towards sustainable business practice. In terms of accessibility, self-driving cars would provide a way for those with physical or neurological/mental disabilities a chance to drive around without having to rely on any alternative form of service. With all these positive attributes and effects outlined, self-driving cars have the potential to be great forces of positive change.

However, there are negative consequences of self-driving cars. Putting both self-driving cars and regular vehicles on the road at the same time could lead to accidents. It’s unlikely that a software program could readily predict the actions of other people around it and properly adjust to the incredibly idiosyncratic behaviors of human beings fast enough to avoid any major accident. If the self-driving car was to get into an accident, who would be liable for the damage? Technically, the person inside of it was just as much a passenger as someone on their phone in the backseat of a normal car. Normally, these problems are mitigated by the driving test. You cannot drive without a driver’s license. In a world with non-luxury self-driving cars, would a driving test still be necessary? It’s likely that people without driver’s licenses could purchase vehicles and operate a self-driving car because they aren’t affecting any part of the driving. If people don’t need to get driver’s licenses to drive, it’s also likely that the population’s general ability to drive would rapidly degrade. I believe that, like with Roomba or Seamless, people who take the this route would feel that there is an incredibly high switching cost to suddenly have to go back to driving themselves. I also believe that– at least in the beginning– the product’s growth would be a stress-point that could make these issues apparent. Beyond that, self-driving cars have a few design issues. In design, there’s the issue of having no steering wheel. The currently proposed models of self-driving car do not have steering wheels. As the cars begin to take off, are we saying that all of the initial users will be forced to drive with software that has a chance to– possibly– malfunction, crash, and kill whoever is inside it. Without the ability to manually course-correct, people are putting their lives in the hands of a machine that has very little assurance of doing everything right every time. Furthermore, If the servers that run the cars are centralized, a chunking issue or power failure could lead to disastrous results for anyone in the vehicle.

Self-driving cars are a new innovation that could lead to both amazing or less-than-amazing results. I have lingering questions even as the invention takes shape and begins to roll out. For the audience: do you think self-driving cars are a good idea? If so, how do you feel about the consequences outlined in this article? If you don’t, do you have different reasons for being against self-driving cars?

We’d love to hear your thoughts!