As artificial intelligence grows to influence more and more of our lives, will it affect us for better or worse? A look into what leaders of industry and government think on the issue.
By: Jack Sawyer 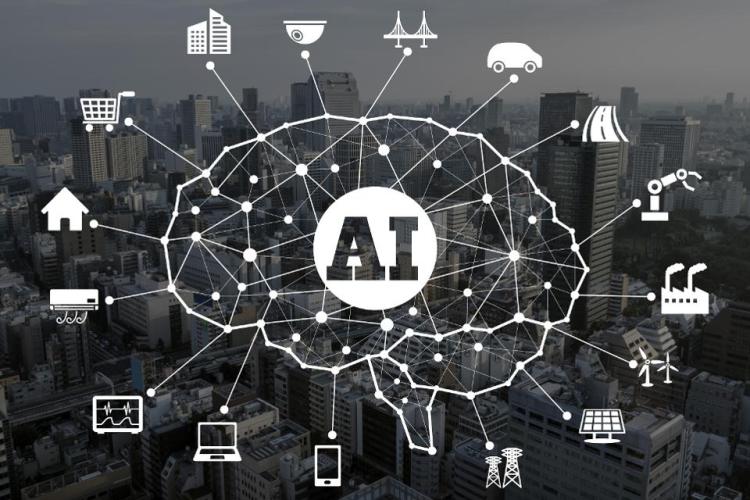 Artificial intelligence is becoming an increasingly hot topic as leaders of industry and governments proclaim the influence it will have on the world as we know it. On September 1st, the president of Russia, Vladimir Putin, came out saying “whoever becomes the leader in this sphere [AI] will become the ruler of the world.” He goes on to say that “it comes with colossal opportunities, but also threats that are difficult to predict” (Meyer). Putin’s message gives context to the time we are living in, we are on the brink of an AI driven world and how we handle the next steps will be vital in making sure we utilize the technology successfully. Scholars, Hollywood, and many others have envisioned what a world with AI would look like, but now we are potentially on the cusp of experiencing it for ourselves.

Two influential figures that have shared their views on what an AI driven world could look like are Elon Musk, the CEO of Tesla and Space X, and Mark Zuckerberg, CEO of Facebook. The two have opposing views on the potential direction of AI and as such, provide a fascinating look into two paths that could be.
​
Mark Zuckerberg has an optimistic view on artificial intelligence, embracing it both at work and at home. His company, Facebook, has utilized the technology and as a result, transformed the way Facebook functions. AI is responsible for auto-tagging friends in photos, making ads more relevant, and most recently figuring out how to stop the circulation of fake news. The head of the company’s machine learning division, Joaquin Quiñonero Candela, now believes that Facebook would cease to exist if there was no AI. Facebook, Messenger, and Instagram are all powered by artificial intelligence. Outside of his company, Zuckerberg spent 100 hours over the course of 2016 developing an AI assistant for his home in San Francisco. The assistant, aptly named Jarvis, can be activated through an app on his phone and can control the home’s lights, toaster, doors, thermostat, entrance gate, and even a t-shirt launcher!

Zuckerberg sees AI bringing many benefits to society and that belief is backed by his own use of the technology. He sees the technology improving our lives, not just at home and on social media, but on a larger scale with driverless cars and more advanced healthcare. In Zuckerberg’s eyes the future of AI bright.
​
In contrast, Elon Musk sees a future that is not so bright. He believes that AI could lead to a doomsday scenario and as such, wants to see AI regulated. Musk’s biggest concern here, is that the creators of a super intelligent AI would not be able to control their creation – it would be able teach itself, becoming exponentially smarter than humans and from there we would not be able to foresee its motives or actions. For the last four years Musk has been warning of the dangers AI could bring, whether that be through a tweet stating that AI is more risky than North Korea or reiterating his AI fear at this year’s summer conference of the National Governors Association. Elon Musk’s warning is not a loose hypothetical, he has been following the development of AI for many years. Before Google acquired Deepmind in 2014, a company focused on AI development, Elon had been an investor. This was an investment to see how quickly the technology was progressing, not one focused on an economic return. Musk’s continual warnings are evidence that he saw and continues to see the technology accelerating rapidly. With little discourse for regulating AI, Musk has created his own AI company called OpenAI, a nonprofit tasked with creating AI in a safe and secure way. He hopes that if Open AI can create a superintelligent AI first, then the company would be able to share the technology, instead of the alternative, in which a few elite use the technology to control the world.

As of recent, Zuckerberg and Musk have been heavily critiquing each other’s views, but there is one common thread between their messages and that of Putin’s, the effects of artificial intelligence will be felt soon. Whether we see artificial intelligence follow one of these distinct paths remains to be seen, but the way it plays out will be fascinating and sure to disrupt many areas of society.

When do you think AI will start to have a substantial impact on our daily lives and society as a whole? Do you agree with Elon Musk or Mark Zuckerberg? Perhaps we will more likely see a middle ground of the two’s views.